How Often You Need to Add Salt to Your Water Softener? 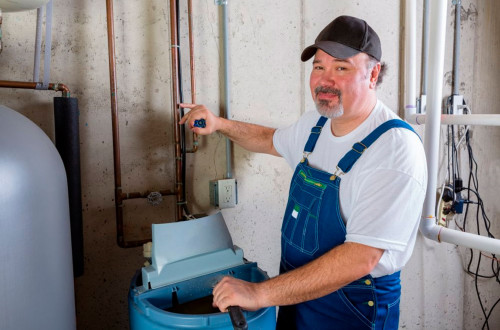 How often do I add salt to my water softener? This question is asked by many people having water softeners at home. Well, there is a need to add salt to the water softener to reduce hardness in water. Mineral concentration like calcium and magnesium ions in water destroys pipes, fixtures, and appliances at home. It leaves stains on the dishwashers and laundry machines, which can be very annoying.

The damage can be very severe, leading to the appliance’s replacement, which can be expensive. People came up with ways to remove the hardness from the water and make it useful. Water softener was then invented and has dramatically helped in specific areas and they have a lot of benefits. Salt is an essential component of the water softening process, so it’s necessary to know when to add more salt to the system. This article answers the “how often do I add salt to my water softener” question.

Water softener gets rid of hardness ions that are concentrated in water. Mostly it removes calcium and magnesium ions that harden the water. Ion exchange occurs, which attracts the positively charged ions, getting rid of them from the water. Hence, the amount of salt in the water softener determines the level of hardness in the water. Removal of the water ions makes the water pure, and the appliances are safe. However, there’s still a question if it’s safe to drink softened water?

How Do You Know If a Water Softener Is Running Out of Salt?

If the salt level is below the water level, then the salt is insufficient. Lack of salt in it means that water is not soft at all. Hard water effects will be detected when washing dishes and laundry because of the concentration of ions. A water softener will be unable to eliminate hard minerals from the water leading to a resins concentration. There will be a formation of scum and stained surfaces from the water. Building up of the plumbing appliances will occur, preventing the flow of water in the area. Also, the shower heads might generate a crusty coating that inhibits water flow in the system. It is good to notice earlier when the salt is depleted from the water softener to prevent adverse effects on the appliances.

How to Check How Much Salt Water Softener Has?

When you are checking the amount of salt in the brine tank, there is a need to understand how it works. A low amount of salt leads to the saturation of minerals on the water softener and no more ions. Hence, salt dissolves in the chamber, forming a brine solution. The brine tank acts as a fuel tank, while salt is the fuel. Lack of energy means a vehicle will not move or function. If the salt is dry and the tank is half full, you should refill it to the maximum. And if the water level is above the salt, then it means it will be insufficient to function effectively. You can also scratch the chamber walls and confirm if there are sticky ions because that will indicate a low amount of salt in the water.

How to Add Salt in the Water Softener?

Adding salt in water involves locating the brine tank where the sodium chloride is placed. If there is less salt in it, then you should refill it and close the lid. Salt can be added as much as one likes because it does not have a limitation. While some people prefer putting in a bag every month, others prefer refilling the system with salt more often if the water is above the salt level; that always means that it should be put in the chamber. The aim here is to ensure that salt will always be above the water, and it looks dry. Consequently, it provides that the concentration of salt is higher than resin, making the water softer. Hence, the addition of salt in softener is not a complicated process.

No appliance lasts forever, and a water softener is no exception. Water softeners do expire but mostly can last for over ten years. However, the expiration usually depends on the area of the resident. In places with hard water, the softener will expire faster than the area of softer water. Also, the type of water softener determines the lifespan it will take before it expires. An electric softener can generally last for 12 years, while a Kinetico system goes for twenty years.

The softener collects all the resins during the ion exchange, accumulating them in a resin bed. Ideally, the substances like chlorine can cause degradation of the resin bed, making them ineffective. The presence of too much chlorine decreases the lifespan of the softener leading to replacement. Additionally, iron present in the water can reduce the effectiveness of the softener. Iron coats the outer part of the softener beads, making it difficult for the ions in water to attach to the beads.

How Often You Need to Add Salt to the Water Softener?

How often do I add salt to my water softener? Salt should be added to the softener two times a month. Probably you said salt in the softener recently, and it seems like you would need to add more. However, if you own a water softener, it is advisable to check the salt level twice a month to ensure enough salt. It is recommended to have the amount of salt above the water level, like three inches. The amount of salt to be added depends on the water’s hardness and water usage in the facility.

When you know the level of water hardness in the area you reside, that would determine the amount of salt required to soften the water in a month. Typically, the more the hardness means more salt to eliminate the hardness from the water. Additionally, the type of salt used would determine how often it should be added to the softener. Hence, it is advised that you talk to the water softener specialist to know the duration it would take in your system to avoid the problems that come with water hardness. 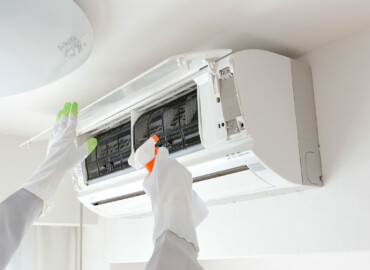 Mold in Air Conditioners. Is it Dangerous? How to Fix It? 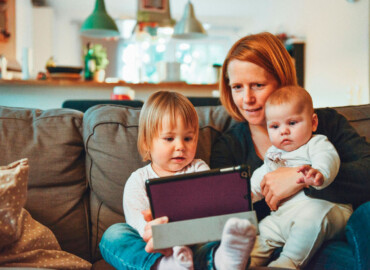 Why Does Your Water Heater Make Gurgling Sounds? 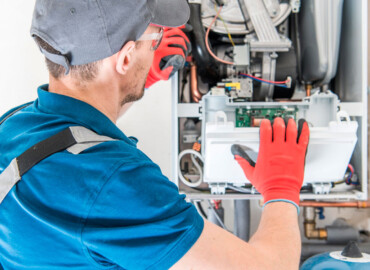 Reasons Why You Need to Clean Your Furnace Regularly